It's All About Having Fun!
About Anne Z Hobbies Photography Ultimate Blog Challenge 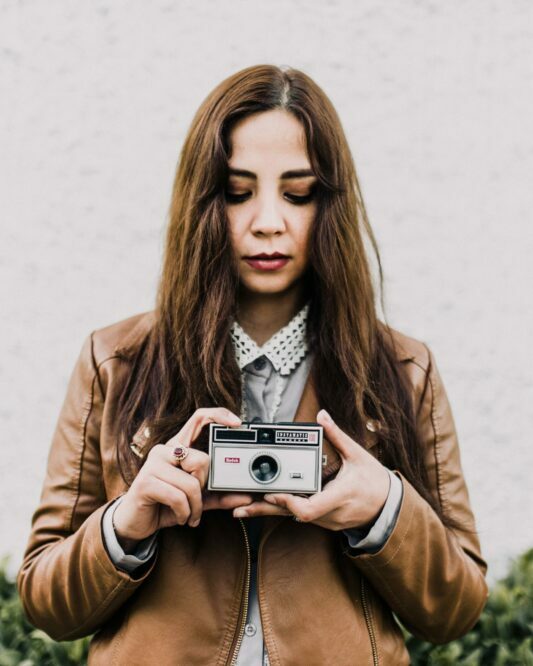 When I was around twelve I received my first camera. It was a Kodak Instamatic. You slipped a 126 cartridge into the back of the camera and it was instantly loaded and ready to take photos. The camera had a place on the top, to put Flash Cubes for indoor/low light photos. The cube turned automatically when attached for a total of four flash photos. Boy, was I hip in 1968!

Flash forward to my high school and college years, I saved enough money to purchase a REAL camera. This one was a 35mm Pentax K1000. It was known as a “student’s camera”. I became hooked on not only taking photos but developing them in my very own darkroom. AND I rolled by own rolls of film. I would buy a giant roll and with a devise I could crank out any length roll I wanted. I stuck to rolls around 36 exposures and mostly black and white film. Though, I did dabble in film that I could produce SLIDES.

My darkroom consisted of two enlargers. One was a novice black and white enlarger and the other was a more advanced color enlarger. I would spend hours developing the rolls and then making TONS of prints in the chemicals. I had a red SAFE LIGHT and all the paper one could purchase on sale. I even had paper that was thick enough to send out my photos as postcards. I loved making prints for my family and friends.

I organized my negatives in plastic pages that I would make contact sheets from so I could see what was on each roll. I loved going to photography stores and learned so much from the other photographers I would meet. I took some classes and learned quickly! I liked taking pictures and I loved printing them. I enjoyed the whole process.

Then all of a sudden pictures got faster. The invention of “one hour” photo developing swept over the next decade. You could have prints within sixty minutes. WOW! And then photos happened in warp speed: the digital age was trust upon us. I still owned many different cameras for different uses. I had an Apple Quick Take for digital stills. I had a Sony Movie Camera with cartridges for movies. There was all sorts of kinds of media: compact flash, SD cards…..

Then in a flash we could take pictures with our phones. What was going on? With each new phase, an old phase was removed. Film? Negatives? Prints? Where are our photos today? They are stored not only on the phone, but we all ran out of needed space, so we deleted images and now just store on the CLOUD. How crazy is that? These changes happened in a blink of an eye – fifty years time. We no longer need film, we no longer print our photos. We don’t need photo albums, we don’t need frames. We don’t watch our vacation pictures on a Kodak carousel slide projector. Most younger folks haven’t even seen a Polaroid picture. What will be next?

Needless to say, I still have a few of my old cameras. I might even have some old unused film. The world of cameras and photography has spun so fast that it’s no longer recognizable. I look back fondly and recall the smell of the chemicals from my darkroom days, excited to see an image show up on a print as I swished the liquid developer over it. Aww, the good old days.