It's All About Having Fun!
Computers Ultimate Blog Challenge

Day 24 – Why I Keep My AOL eMail Account Active 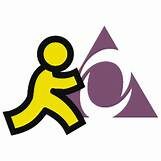 AOL, remember them? America Online had a huge presence in the early days of the Information Superhighway called the Internet. Back in the 1990’s one could walk into any post office in the USA and find CDs for AOL software on the counters given away for FREE. They also showed up in mailboxes across the country too! They had a heavy marketing campaign going, that’s for sure.

When I purchased my first Apple Macintosh with internet capabilities, it came with AOL right alongside games and other software for us to try out and use. That was back in the early 1990s and so I signed up for my first eMail account with AOL. The cool part was that one account gave one the opportunity to have multiple user screen names. One could host pictures as well as ultimately crude websites on AOL. I took advantage of that and learned a lot about setting up accounts and sites.

The biggest downside was that internet connections were painfully slow with dial-up modems. My first built-in modem was 14.4kbit/s or something so slow it could NOT handle anything but a simple message, no attachments. I soon bought a speedy 28.6kbit/s external modem but it was still dial-up access. I hit the jackpot and thought I had gone to heaven when I was able to upgrade to a 56kbit/s external modem, still dial-up. AOL was with me the whole way through my “advances” in the tech world.

I heard rumors that our neighborhood might be getting broadband internet access. This was mid to late 1990s. The connection was going to be offered by Earthlink. I signed up and was given my second email address, this one an Earthlink account. I used that service to host another free website and pictures. I still kept my AOL, why not have two addresses?

The speeds were better. I started selling on eBay and I hosted my photos on AOL. It was quite a hassle. There was still a long way to go in service, speed, and storage online. Apple joined the game and offered a FREE eMail address for LIFE if you signed up. So I got one. The .mac account soon switched to a .me account and as we all could guess, no longer FREE.

I also have a FREE Gmail account and a Comcast account that comes with my cable TV service. I have eliminated my twenty-year Earthlink account, but still keep my .me AND my oldest account: AOL. Why, because no one else has one! And it’s so retro. People say, what’s your address? I answer with AOL and they say, WHAT? It’s really fun to see their expression!

In order to keep all my online correspondence in order, I use Apple Mail which gives me a chance to see it ALL at a single glance. Silly as it may be, I enjoy ALL the various pluses of having so many ways to reach me. Some accounts are transparent like my AOL account, others are used for specific needs. Does anyone else out there have an old AOL account?

Day 16 – A Rose By Another Name – Barbra Streisand